It was rumored for some time that Apple plans to branch out to Turkey. As we still wait for the first Apple Store to open, the name who will take the helm in the Turkish operations is finally revealed.

Resan Yüner, who is currently the Applications Country Director of Oracle in Turkey, will be leading Apple’s local operations, Habertürk reported. Yüner is still wrapping up in Oracle, and will start at Apple come November 1. 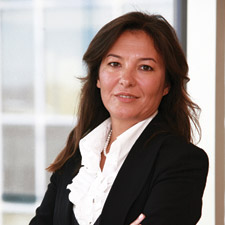 Yüner directed Oracle’s Turkish Applications for 3 years, and has previously acted as country manager of various departments at big technology companies like Compaq, Hewlett-Packard, and General Electric. She graduated from Middle East Technical University in 1987, and has held tech-related executive positions since 1997.

Apple’s recent listings for positions in Turkey had clearly signaled the company’s rather late entry into a big market. The four positions Apple lists can be seen at jobs.apple.com.

This article by Bahadır Atasoy, originally published in sosyalmedya.co in Turkish, is adapted into English by Süleyman Okan.