The Internet Corporation for Assigned Names and Numbers, ICANN, oversees the allocation of country code top-level domains (ccTLD) on the internet today through IANA, but previously it was the jurisdiction of InterNIC. As explained brieflyTR in the NIC.tr website, in 1990, after Turkey claimed the top-level domain .tr, Turkish Network of Universities and Research Institutes (TÜVAKA) decided to prohibit a domain name directly under .tr (such as turkiye.tr), and went with second-level domains (such as turkiye.gov.tr). This is akin to Great Britain’s utilization of co.uk, but differs from examples like Germany’s .de or France’s .fr.

Turkish internet users have voiced disdain about the second-level convention with increasing frequency, especially since, unlike the case of Great Britain, the meanings of abbreviations like .com and .gov are not obvious in Turkey. It remains to be seen whether the new .tc TLD will satisfy the demand.

The initialism TC has a rich history in Turkey. Even if the ISO-Norm 3166 assigns the abbreviation TR to Turkey, the Turkish initialism for the Republic of Turkey (Türkiye Cumhuriyeti) has always been TC. One of the earliest uses of the abbreviation comes from Vecihi Hürkuş, the first civil aviator of Turkey. In order to comply with aviation standards, Hürkuş had to come up with a tail number for his plane, for which Hürkuş preferred TC: Since then, all Turkish planes start with the TC initials.

The employment of TC is not particular to Turkey either. For example, The International Radiotelegraph Convention of 1927, Washington, assigned country codes for global use. J. A. Bland Van Den Berg, who represented Turkey in the convention, registered TAA-TCZ call sign for Turkey.

The ccTLD .tc was originally intended for Turks and Caicos Islands since 1997, but it has always been a popular domain hack among Turkish users for Türkiye Cumhuriyeti. The UK-based AdamsNames, who handles the registration of .tc, has reached an agreement with the German-based INTERSTATE and its Turkish partner TCNET Internet CompanyTR. The .tc domain will be released in three phases. 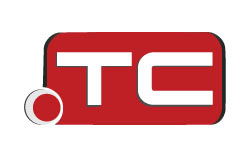 To prevent registered trademarks and institutions from losing much valued name rights, TCNET Internet will offer the domain names exclusively to applicants with a brand registration certificate for 9 days, starting from November 5. The second phase, which starts on November 19 and caters to domain traders and those who want to claim their domains early on allows registry to anyone, but at a premium price. The third and final phase starts on December 3, and will offer .tc domains to everyone from regular price.

TCNET Internet representatives comment that this new domain with a modern registration process will offer an alternative to the slow, bureaucratic, and thoroughly draconian registration practices by METU-based INC.tr, which the company blames for .com.tr performing 20% less than regular .com in Turkey.

TCNET Internet also adds that all conflicts regarding .tc TLDs that are registered through the company will be resolved through an arbitration committee put together İstanbul Chamber of Commerce. This is a welcome change, as individuals and institutions that get involved in a conflict regarding other foreign domains face the daunting task of going through international channels to reach a resolution.

TCNET Internet partner and president Ertan Ulutaş commented that the aim of the company is to offer a practical and valuable contribution to the Turkish market, and voiced pride in his company’s achievement of partnering up with a foreign investor and technology service provider. Even though after December 3, the .tc domain name sales will go international again, AdamsNames will not be offering registrations in the interim, which will leave the prospective Turkish buyers with more manageable competition. “The .tc domains will offer faster access and communication for brands, and will rise to be the new domain name for Turkey,” said Ulutaş.

This article by Fatih Güner, originally published in sosyalmedya.co in Turkish, is adapted into English by Süleyman Okan.